Horsing Around as Economic Setbacks Continue 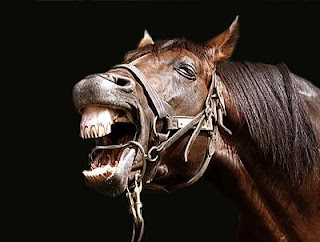 We don’t honestly know what the Fiji Times was thinking with this editorial saluting the 55 and over’s illegal and forced departure from the civil service as a “change for the better”, but it certainly belies the norms of effective workforce and organizational planning policies. For the moment we’ll put it down to the censorship gag which PACNEWS is now pushing back on.

Eradicating all those over 55 (with the privileged exceptions of Bainimarama & Teleni) from the face of the civil service is just irrational. Especially as we all know there are no set internal means in existence within the civil service to capture their institutional knowledge of where things are at, upon their departure. It is simply impossible to capture it all within a span of day’s (there are some reports of instant departures) whereas normally institutional knowledge is embedded into organizational procedures and structures. The fact that there will be a helluva lot of extra workloads thrown upon the remaining civil servants to deal with is almost guaranteeing worse off service outcomes to taxpayers. In effect the taxpayers once again bear the brunt of this flawed and illegal decree.

The Fiji Times asserts that having new blood in the civil service is critical. It is foolhardy to generalize that all younger/new/currently bottle-necked individuals waiting for their time to shine will possess performance vitality. Appalling leadership, an unhealthy organizational culture and erratic internal processes (like ineffective performance management as we will agree with FT) of the civil service inhibits innovation, exemplary output and enhanced services to those who are paying for it.

Just ask the bureaucrats up at and all the expensive multitudes of publicly funded consultancy reports littering their bookshelves. Ultimately we need look no further than to Parmesh Chand and the now illegal role he holds to ensure that those changes happen. That’s as pie in the sky as Frank stepping down tomorrow on his own accord.

We won’t even dare mention the constitutional wrongs of such blatant age discrimination even though it is highly pertinent and the constitutional is still alive. As a by the way it will be interesting to see if this illegal decree ensures that Shaista Shameem, now fast approaching 60, will be just about ready to be let out to pasture as well. It appears by way of some whispers that she may already be enroute to the paddock.

The economic fall0ut of this flawed policy and illegal decree will be severe. Assuming that these 1,000 or so over-55er’s were on a conservatively estimated salary of FJD$30K that essentially boils down to savings of about $30mill from now on. Which is dandy for Bainimarama’s continued illegal empire building.

However the other end of the spectrum also means that there is a $30mill LESS floating actively within the economy (goods, services) and it will fall upon the illegal regime to somehow subsidize normal government mandated services.

It also means there’s less taxes for collection and therefore even less income for custodians of our national coffers at FIRCA to depend on for next year’s budget.

Moody’s reassessment to our credit ratings 2 notches down from B1 to Ba2 reiterates the point to the global stage yet again not to touch us with a 10-foot pole. From that statement it appears we should be ready for more downgrades.

Perhaps the thinking is that this new injection of idle hands belonging to the over 55-ers can contribute to more agricultural productivity? All good thoughts except that the tourism industry if that’s who we’re targeting needs fresh agricultural produce that is up to par with international standards and therefore their customers expectations. Plus they need those goods now and preferably before the next import costs of 20% hikes suck up any savings from “less for more” prices paid by tourists offshore.

The latest up, close and personal piece by the new illegal central bank guv, Sada Reddy, is a laugh a minute particularly in light of the Wall St Journal’s assessments of us now being “junk territory” and the soon to be felt impacts on our reserves. Whispers now surfacing of “insider trading” antics by some privileged few relating to stocking up on foreign exchange before the devaluation was announced is concerning. Likewise Reddy’s apparent intent to focus on the tourism sector and the locally well-known fact that he has a personal interest in the sector will be increasingly evident as events unfold. Again it’s a clear case of who watches the watchers in’nt it?

Reddy’s enabling legislation clearly mandates his role to be overseen by a board. Obviously with no board in place the path is all clear for Bainimarama to do as he pleases with the central bank.

Even if the banks and the central bank hook up and decide to stabilize the economy the unspoken understanding is that the real power is in the hands of consumers who can decide to keep their money firmly inside their pockets because of inflation.

The prison’s departments recent yellow ribbon initiative to acquire horses to help out with agricultural productivity is also perplexing. One would logically assume that the availability of strapping young men (considering current inmate demographics) currently serving time would be much cheaper and more “traditional” than horses. It is quite befuddling.

The junta’s intention to send a high-profile delegation by way of Commander Naupoto, now illegal permanent secretary to Bainimarama to attend a UN mandated regional security meeting in Tonga is worthy of a big Kaila (Loud Laugh). It is most ironic that they (Naupoto included) as the current regional security destabilizer’s would unflinchingly dare to attend. Obviously the UN Security Council’s recent objection’s to Bainimarama’s illegal position has escaped this corner of the world. This signal from the UN Security Council however has now taken our political woes to a whole new global level.

On the legal front of all things illegal, Christopher Pryde the ever-faithful hack to illegal Attorney General Aiyaz Saiyed Khaiyum, takes the mantle to push his illegality further and step up to remain as illegal Solicitor General. Pryde lashes out at the NZ Law Society and further risks his ability to practice again back home so he’s obviously comfortable with the idea of camping out here for the duration of Bainimarama’s debauched 5 year rule.

Niko Nawaikula, ousted PM Laisenia Qarase’s legal counsel’s views to comply with the illegally appointed courts lest the boycott of the courts “create a backlog in cases and delay justice” were astounding. Obviously it has escaped the learned counsel that justice in this country is neither here nor there, with the junta’s attempted assassination of the constitution. The hearts and minds campaign declaring the constitution as dead and gone has failed.

The illegal Court Registrar, Major Ana Rokomokoti-Daucakacaka after being sprung by shredders and consequently lying through her teeth in reaction to shredding attempts now attempts to pervert the course of justice by notifying all and sundry that all cases attempting to challenge her bosses legality will not be entertained in the now militarily couped court.

This is the kind of justice that Nawaikula was pleading for fellow lawyers to bow to?

It’s up to the Fiji Law Society to get and keep their legal game up. Not only is acquiescing to the illegal abrogation of the constitution unacceptable, they need to remain the legal watch-dogs ensuring that more then ever they must continue to “promote the welfare and to preserve and maintain the integrity and status of the legal profession”.

Anything less then these fine objectives would be a a disservice to the profession and the people of this country.

I assume you gang will do a commemorative post on Monday for Frank's non-retirement day?

Vinaka vaka levu Intelligentsiya for continually referring to the regime as illegal, and their appointees as illegal, illegitimate, and so on.

In the same spirit, I am asking everyone to stop referring to Ratu Iloilo as our President. He resigned from that position when he abrogated (or tried to) our Constitution in a treasonous act.

By all means refer to him as the Tui Vuda, or with his chiefly title. But please do not call him President. He has not earned it.

Do even get me started on Rt E.Nailatikau. There are other names he should be called that are not fit for print, even in blogs.

Vinaka Frangipani -- that is in fact a great idea!!

The Fiji Times isn't the Fiji Times - it's a name only. It has a resident threat in its midst.
Get used to it. Fijians AREN"T Fijians. They also have a resident threat in their midst. That's the whole fucking point FFS! Frank, Shaista, Bubba and one or two others think they know better - and they got the guns to prove it.
It's not something that can last and not something anyone should tolerate.

I bet though when Bubba and Shaista and a few others signed up for this bullshit, they weren't prepare for the possible end result - if only because their egos got the better of them.

I bet they saw a legacy that left them in a good light. Chances are though that it might leave them seriously shit scared or dead.
Oh well......next!

Anon 22.07 .... while you are using our good tax dollars to cruise the blogs looking for ghosts and showing your (un) intellect, please do something useful with your life instead of propping up the regime power hungry dicks.

If you had listened to the Radio Australia interview you would have instantly recognised the voice, this is Fiji everyone knows everyone...that's all I'm saying, this was even despite ABC warping the voice, or does Keep the faith want to get caught?

If I get caught cest la vie. I get bashed up, perhaps I die even -- I'm ready. I go in peace and with a smile & on my face knowing that I have done a little bit for this country and its quest for freedom.

KTF is not 1 -- it is many. Another KTF stands ready to continue in my place in the next heartbeat. The people will not be silenced.

Come and get me if you're so sure who I am. Know this. I will be martyred and you and your goons will have a hard time drowning out what you already fear.

The people are waiting for a cause to ride on. If its my plight -- cest la vie.

Typical you to think of being martyred....if you don't have a heart attack before it happens....cest la vie!

Not too long ago you used to run (excuse the pun!)up to the old elizabeth barracks...best buddys with Leweni and even Bainimarama and now?

You're fishing, I ain't biting and you're dead wrong.

So Keep the faith, I mean Jese Sikivou, this isn't you?

or is it one of the many 'keep the faiths'?

I am only allowing this last fishing expedition comment so that you do not haul up an innocent bystander.

And hell to the mofo NAW that ain't me.

I am truly astounded at the level of mediocre pithy intelligence of your lot.

Give it up guys. You're making complete & utter fools of yourselves. This is going to be valuable JOKE fodder for bloggers and the world.