What other shenanigans can we expect today? 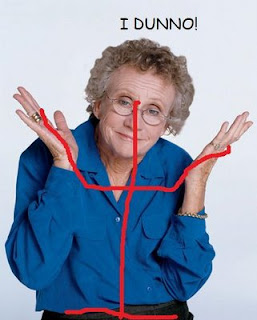 The newly appointed and illegal Governor of our central bank heralds his entrance with the ominous announcement of the 20% devaluation to our already stressed Fiji dollar.

According to the illegal Bainimarama it is aimed at luring tourists back, but the rolling out of decree’s yesterday notably the Decree 7 illegally allowing dual citizenship show’s otherwise. If new Fiji citizens are lured by the opportunity to purchase property or invest/re-invest, a stable political environment is mandatory – Economics 101. If the idea is to channel more remittances in, perhaps it has escaped Bainimarama’s shady fiscal policy advisors that worldwide remittances are slowing down because of the global economic crunch that we are only now pathetically responding to.

Perhaps the grand plan is to lure foreign exchange into the country leaving the majority of our citizens to tussle with hiked costs to 20% of imported goods. It includes essentials such as mortgage payments, food (rice, flour, potatoes), fuel, medicines, building materials etc and guess who has to pick up the short-fall or face the social impact consequences? Yes you Bainimarama. The “apolitical” tourism industry (we have not forgotten just how “apolitical” this group was in fighting Qarase’s draft qoliqoli legislation), will also bear increased costs of food importation that domestic production standards can’t meet.

The hint that exports will peak from the devaluation is shakey. Our export earning mainstay, the sugar industry, which still has lost its core buyer the EU has been on a consistent downward free-fall. The rise in domestic costs to boost exports effectively cancel out any savings as economist Satish Chand points out delicately.

Essentially no new money will make its way into the economy and the begging by the illegal RBF Governor that We the People need to bear inflation for only 12 months is ridiculous and downright arrogant. What more can this illegal regime suck out of its citizens?

Ultimately the whole charade points again to lies by Bainimarama & his former partner-in-crime Chaudhry that the economy was ruined by Qarase and they would super-heroicly fix it. Mmmhmm.

In case it escapes them, the military regime's apparent brainwave to shunt civil servants over 55 out the door in coming weeks will also impact the economy via productivity. It is a very short-sighted policy approach to reducing the cost of running government. Shutting down the military would be a more welcome policy direction.

All in all, on the economic side of things, we are happy to go with NZ’s Murray McCulley’s views that someone or someone’S is/are hell-bent on ruining our economy.

On the media front, it is reported that Kavai Damu a Fiji live reporter was hauled up for trying to do his job. We note that Leweni’s new karate-chop enforcer Pene Nonu has been leading the charge on this one and is the one warning all journalists including the now departed Sean Dorney to comply with the illegal Public Emeregency Regulations. Yeah, we see you Pene. Fiji is a small place and the bloggers are here to blast you all out of the water.

The illegal regime continues to be hell-bent also on curbing the media and free speech with the removal of Radio Australia’s transmitters yesterday (except on short-wave radio folks…the signal never dies).

While they continue to strangle the media and free speech, the rumour mills has us now relaying a whisper that Nazhat Shameem is tipped to take over as Chief Justice. Stay tuned.

But we round off this morning bulletin morning to HAIL a staunch freedom activist Prof Wadan Narsey who yesterday gave an outstanding presentation at the University of the South Pacific’s and ECREA convened forum as part of the Rev Niukula lecture series. Suffice to say that the presentation took the bull (and all their supporters) by the horn and whipped them around verbally.

Prof Narsey will be closely monitored by the blogosphere especially on our Heroes Roll Call.

I think Sada is not to be balmed here, he would have done it even if asked by a democratic government. I mean he was discriminated twice before so that an indegineous person can get it (even if it meant a mediocre). Fair reproting please!!

It is clear that the information vacuum created by our military dictatorship is rivaled only by the vacuum that is evident in the brains of Frank Bainimarama and his stooge Aiyaz Sayed-Khaiyum.

You need only read their latest pronouncements to the foreign media to see that.

There's no need for other nations to condemn what's happen in Fiji when Bainimarama and Sayed-Khaiyum are doing such a good job of condemning themselves out of their own mouths,

For example, Sayed-Khaiyum's bold assertion that everything in Fiji is "normal" would have us rolling around in stitches if the awful truth was not so deadly serious.

Doesn't he realize that his audience is the well-educated populations of countries where there is no restriction on freedom of information, and that they have seen with their own eyes what is really happening in Fiji?

And our dictator's blunt admission that "the emergency regulation is specifically being placed for the media" is another no-brainer.

Apart from his appalling English, the dictator is demonstrating to the entire world that the old axiom is indeed true: the pen is indeed mightier, much mightier, than the sword.

@ Anon (16:48) No one disputes Sada's abilities. It is his principles that are under the spotlight here.

He has also become treasonous by taking the post of Governor as appointed by an illegal regime.

Are we expected to believe that as a probable "criminal", he can supervise our central bank with principles?

Prof Narsey is no great authority.
Look how easy FNPF rubbished his supposed 2 page expose on the fund in the Sun and Times a few weeks back. I wouldn't beliive evrything he says.

I cannot begin to express how deeply disappointed I am in Pene Nonu's switched allegiance to this illegal regime. He was PM Qarase's trusted secretary and advisor and WTF is he doing?
The devaluation I think is closely linked to the malodorous Chodokant's push to bring in dual citizenship for Fiji citizens, a cynical ploy to further dilute our sovereignty in our own land and increase the immigrant population from abroad, namely India.
Above all, this regime lacks any legitimacy and Vore knows that once we return to elections any democractically elected government can throw out each and every one of his illegal changes.
But why wait? We should take all steps to stop him now.
God bless Fiji

@Anon .. who is more credible ? Narsey or the Military mouthpieces at FNPF ? Pahlease .. give us a break!

Sydney, Australia: The Foreign Correspondents’ Association, Australia & South Pacific (FCA) deplores the Fijian regime’s suppression of freedom of the media and condemns the expulsion of foreign correspondents from the country.

The FCA fully supports local and international journalists in Fiji trying to do their jobs under very difficult circumstances.

The FCA is committed to continue reporting on the Australia and South Pacific region fairly and honestly, as FCA members have done for more than 25 years since the Association began.

Could someone tell me, why has no one put a bullet through Banimaramas head.