Yawning Away the Hype of Swines 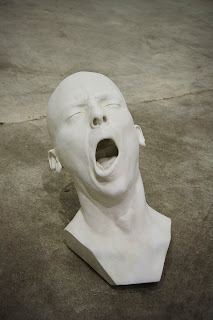 Illegal Attorney General Aiyaz Sayed Khaiyum has been ordained as "he who best has Bainimarama’s back" and is duly appointed as his Acting Illegal Prime Minister.

The Fiji Broadcasting Commission's continued access to breaking news because of the Sayed-Khaiyum sibling connection is truly the finest and continuous display of nepotism
.

As if to proclaim his newfound authority, Aiyaz proclaims that our imminent kicking out of the PIF is not gonna happen. Yawn.

Meanwhile Illegal PM, Bainimarama scurries off (in fear?) to Indonesia to attend the 42nd Annual Meeting of the Board of Governors of the Asian Development Bank in Bali, Indonesia. Yawn.

Before Bainimarama heads off he manages to slip a one-sided upper cut to Australian PM, Kevin Rudd declaring that Rudd “was not the UN” and questioning whether Rudd’s hard-line approach on Fiji’s engagement with the UN was “going to help improve the lives of the Aborigines in Australia?”. Yawn.

Well Mr Illegal PM, at least Rudd is democratically elected (even the aborigines vote) and he had the conviction to apologise and step up to a reconciliation process.

This cowardly jibe is of course in reaction to the recent cocky strutting in relation to the UN’s continued acceptance of our military for peacekeeping by newly promoted and illegal Permanent Secretary for Information, Neumi Leweni. Yawn.

If that’s not bad enough We The People see another turn from the tourism industry demonstrating yet again their predatorial, at-any-cost nature. Their preference is to keep our borders open to swine flu risks from Mexico and the US which therefore benefits tourist operaters, leaving the taxpaying public to live with the health risks. Marvellous.

Sounds like a new Tourism Fiji marketing campaign in the making.

Oh please! RUdds apology to the aboriginies! are you joking! that was the worst attempt of an apology ever! dont make us laugh and as for all aboriginies voting him in...mate...where have you been living in...obviously not the outback ay....stop talking about australian politics when you dont know jack about it!

LOL swine flu me. But seriously Fiji is just turning into a circus FGS!

You're right perhaps I don't know jack-shat about Oz politics.

But the point is that Bainimarama doesn't either and what therefore is the relevance in him bringing it up in relation to our UN peacekeepers?

and little tim, enlighten us, i bet you do?

similar traits perhaps you have Mr Sikivou with the Bainimarama government....kicking journalists out for stories that you didnt like being written...

but then again this was 2002 right? so you've now seen the light and have redeemed yourself right?

But it was alright then to be a prima donna (ausaid funded) and yell at journalists even to go to the extent of asking her to send you her high school exam marks! (you show girl!!!) tut tut tut, aren't these the same journo's you are now fighting for? or is it ok now cause they've grown up over the years?

Listen upyrbutt - Don't know Jesse Sikivou or whoever he is, don't care about him or his views.

Last time I checked he had no affiliation whatsoever to this blog.

If you dislike him contact him directly and get it off your chest -- let it go hateRS!

For the record we will no longer entertain any further hate-messages about him.